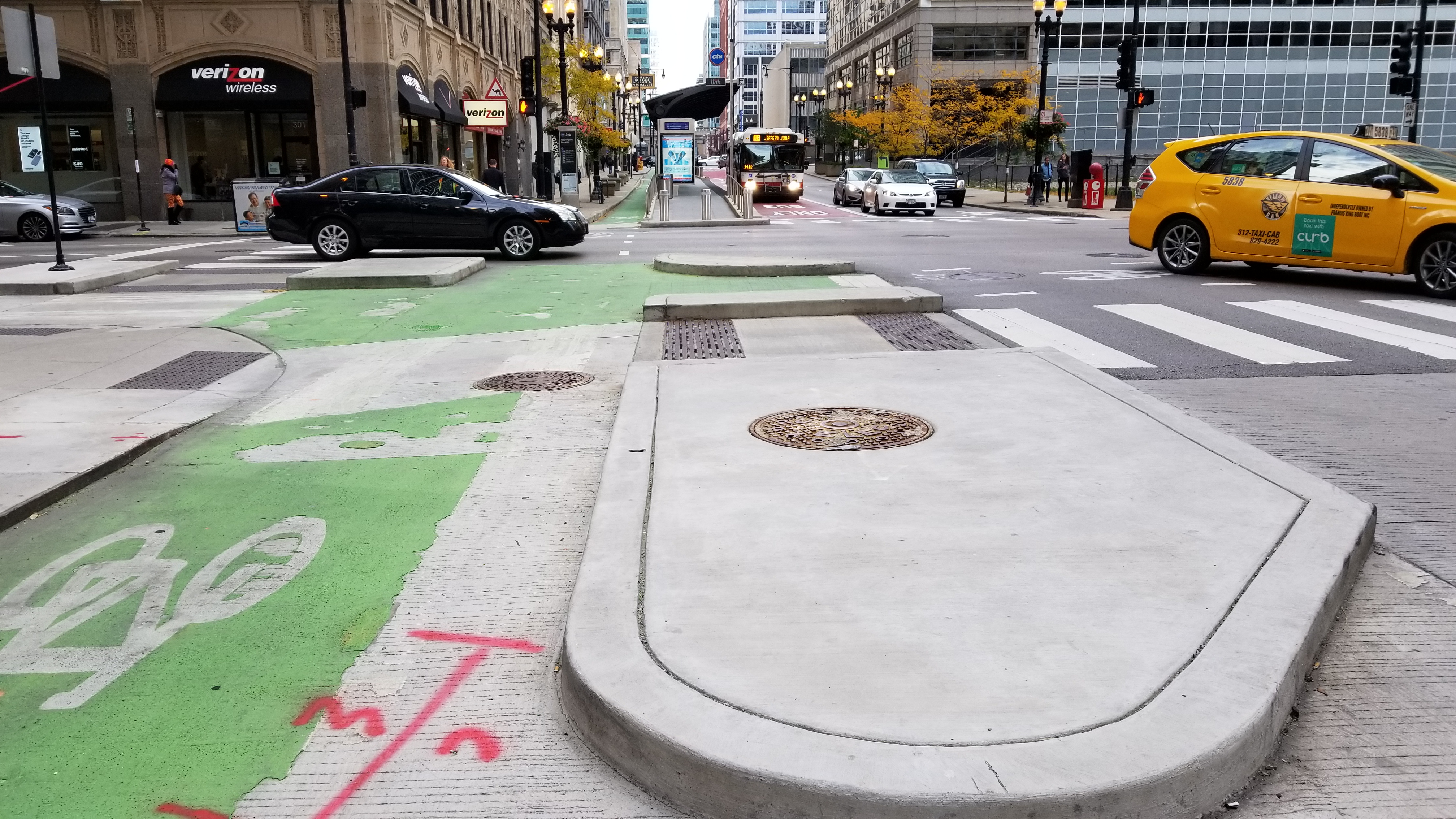 Thanks to a generous grant from the Knight Foundation, I was able to attend the NACTO 2017 Conference in Chicago from October 30-November 2 in Chicago. NACTO or the National Association of City Transportation Officials. The City of Philadelphia is a founding member city of NACTO and was well represented by Streets Department Engineering Manager Vadim Fleysh along with Mike Carroll, Charlotte Castle and Gus Scheerbaum from the office of Transportation and Infrastructure.

Chicago continues to invest heavily in bicycle infrastructure. Since 2014, the City has installed of 23 miles of protected bike lanes and two new protected intersections (one of which is shown above). The 606 Bloomingdale Trail is Chicago’s practical answer to the High Line in New York. Meticulously maintained as an elevated park but designed for transportation, one can imagine similar urban rails to trails conversions all over Philadelphia. Access improvements have been made to the Lakefront trail previously inaccessible to South Side neighborhoods has seen trail improvements as well as modern pedestrian bridges reaching over the highway and a mainline railroad to connect neighborhoods to the lakefront.

At the conference, I attended Context Universal Design for Plazas, Bikeways and Shared Streets looked at the issue of how bicycle and pedestrian infrastructure addresses the needs of persons with disabilities. Think about those detectors that you see at curb cuts and train platforms. Research is happening that would, for example, warn a pedestrian with low vision of a protected bike lane. Most interesting to me is the introduction of tactile maps to help persons with disabilities get involved in the transportation planning process. 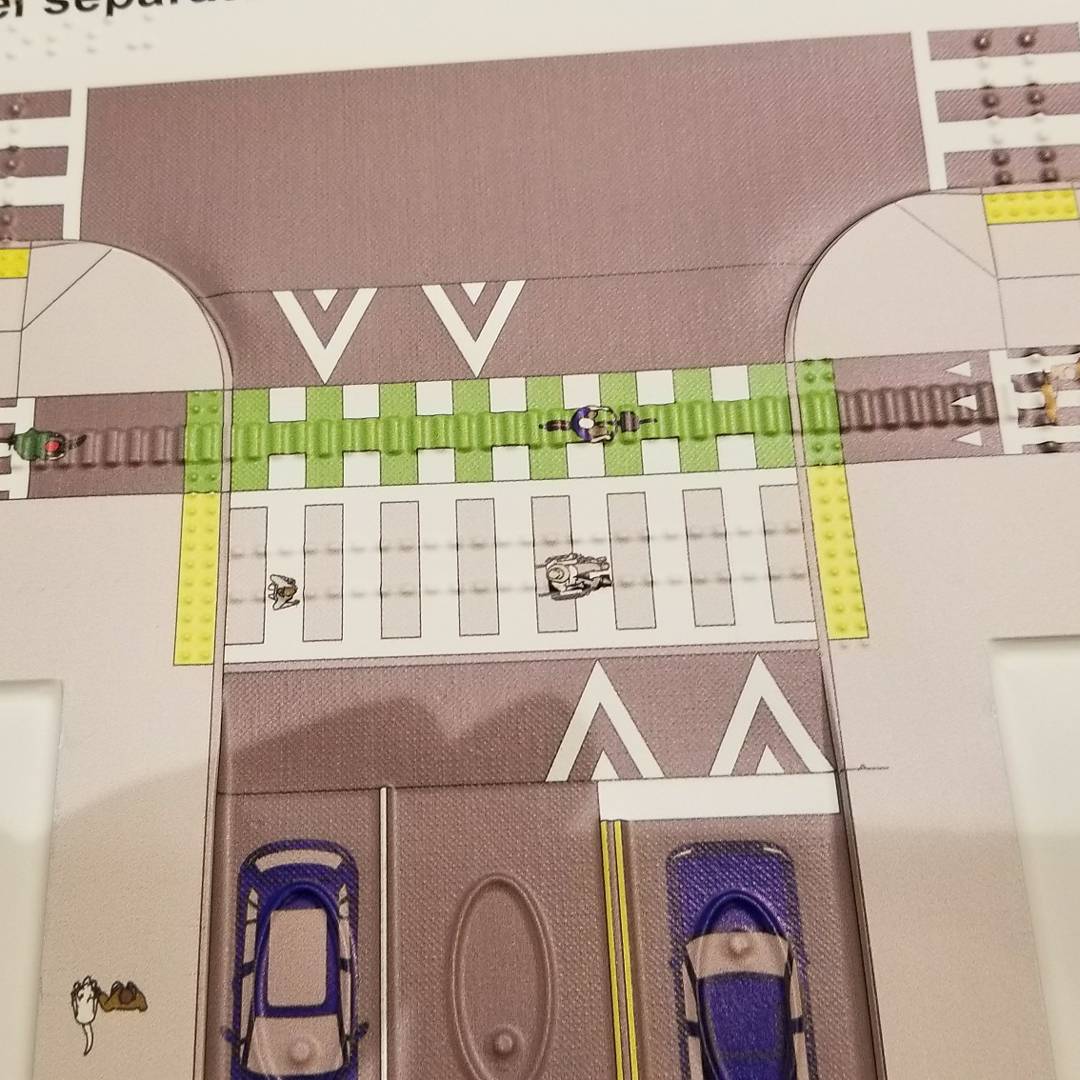 Tactile Map example for proposed changes to an intersection (FHWA)

Designing for All ages and Abilities which is discussed in detail in the Streetsblog Article. We have been talking for the past couple of years about Low-Stress Streets, but guidance for designing low-stress streets (really a menu of design choices) has only been recently addressed.

The City of Vancouver BC has been on the forefront and even classifies its high-end bike facilities as AAA (All ages and abilities). Vancouver has not only been building protected intersections at unlike many US Cities including Philadelphia bicycle commuting to work continues to grow.