In Camden, ofo Bicycles Were Few And Far Between

Late last week ofo pulled the rug out from under the Camden Bike Share pilot program, ending operations in several US cities, including Camden. The Camden Bike Share study was carefully planned, thanks to a grant from the William Penn Foundation. Managed by Cooper’s Ferry Partnership and conducted by the Voorhees Transportation Center at Rutgers (VTC), they partnered with ofo Bike Share to operate dockless bike share for the study. The goal was (and is) to find out how bike share could operate successfully in Camden, one of the country’s most distressed cities but also in the midst of a building boom.

VTC put together an outreach team that went out to the neighborhoods and demonstrated how bike share works. The study team is also conducting focus groups of Camden residents to learn about their experience with bike share. VTC will then wrap up their report and submit their findings to Coopers Ferry Partnership in September. Since signup, rental and payments required a credit card. Coopers Ferry Partnership also offered a debit card at a 40 percent discount to City residents that requested them (using utility bills as their proof of residency).

Despite the abrupt ending, study partners are soldiering on. The Voorhees Transportation Center issued a statement to explain what it meant for the study:

Due to this change in ofo’s business strategy, the demonstration portion of the study has concluded. VTC will continue to work with Cooper’s Ferry Partnership and other project partners to continue the feasibility study as planned. The demonstration pilot has provided the project partners with over two months of valuable insight on how a full bike share system could work in Camden.

But the rollout of ofo bicycles was a rocky one. And for most of that two month period, the bike share pilot couldn’t seem to clear the runway.

On May 1st, Mayor Frank Moran officially launched the program at Roosevelt Plaza Park in front of City Hall, putting 200 bikes onto City Streets. The event got excellent local and national press, as well as TV coverage.  A few bikes even wound up in Philadelphia’s Old City neighborhood as users crossed over the Ben Franklin Bridge.

For one week, ofo bicycles were everywhere in the City. The week was capped off when Mayor Moran led a celebratory bike ride on Friday, May 4th. 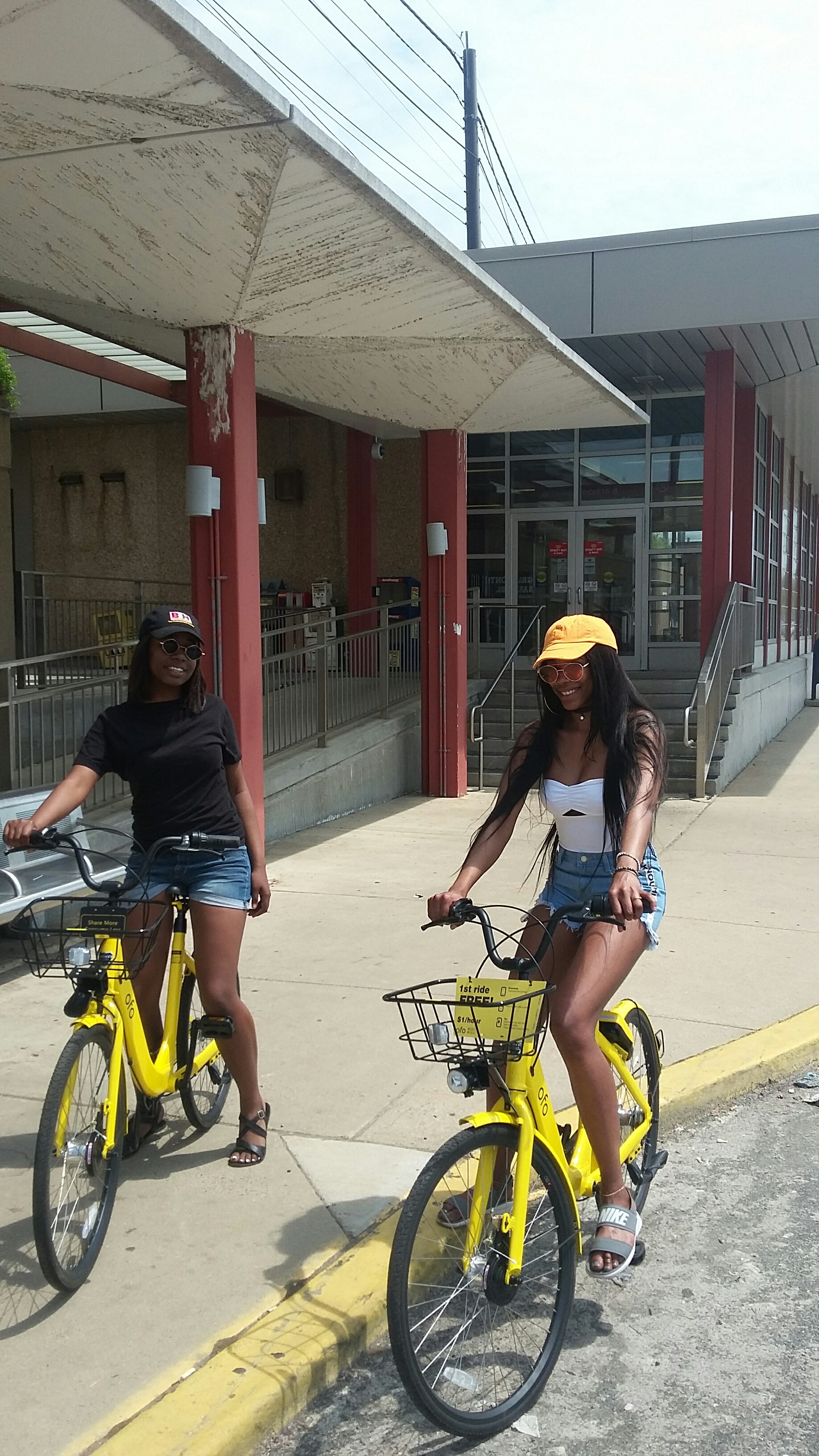 But by the end of that weekend, the bikes were difficult to find.

You could see plenty of them available on the ofo app, but often when you went to a location: nothing. We received reports of bikes in the back of pickup trucks and being taken on the RiverLINE train to points beyond the City.

We saw bikes with the rear fender torn off (where the lock and GPS sensors are located).

For reasons unknown to us, Camden County Police were impounding some of the bikes.

When ofo officials were asked about the deficit of bikes at a meeting, they cited people not relocking the bikes after they rented them. In that meeting, ofo also promised that 300 more bicycles were on the way.

We are only able to report on what we saw because ofo would not publicly disclose usage or losses of bicycles. What we were able to do was track the availability of bikes, but even that was a challenge.

Unlike Indego, where you can see the availability of every bicycle station, the ofo app only shows you what is nearby. So we relied on the ubiquitous TransitApp which scraped the ofo bike location data and put it nicely on their map. We spot checked locations on the ofo to verify that the information was current.

What we found is that only a tiny percentage of the 200 bikes were available for use. On May 9th, we located only 26 available bikes on the app. One month later, on June 10, only seven total bikes appeared on the TransitApp map. ofo deployed a few dozen additional bikes on the street in mid-June.

Within days, most of those disappeared, too.

What we saw in Camden is the kind of initial reaction to dockless bike share that’s been seen elsewhere, but as time went on it became clear that ofo did not have a real plan to combat the attrition. There will always be initial hiccups, but we did not see the company plan for even the most obvious ones.

They may have had their eye on the bigger prize, Philadelphia, but as Philly prepares its dockless bike share regulations, ofo blew its audition across the river.

To show how fast dockless bike share (and scooter share) is evolving, The National Association of City Transportation Officials (NACTO) released Guidelines for the Regulation and Management of Shared Active Transportation just this month. Some of the issues that arose in Camden are addressed in this guide. Conversely, results of the Camden Bike Share Study will provide valuable data for the next edition of the guide.

We enthusiastically support bike sharing in Camden, regardless of the results of this study.

For starters, it’s time to start seriously talking about bringing Indego compatible bike share to Camden, not unlike Jersey City and New York’s cooperation with the CitiBike program. That will take investment (see NJ Economic Development Authority) and cooperation between two cities that need to be “sharing” more resources.

Additionally, it’s going to be important that private companies working on pilots, like we saw in Camden, operate with total transparency and have a plan for dealing with initial losses that will inevitably occur when beginning such an experiment. Although dockless bike sharing companies have capital on the line, cities have reputations, future investments, and, most importantly, peoples’ futures, on the line. If dockless bike sharing companies want to be invited into cities for experiments and pilot progams, they need to adhere to the same standards the city would put on itself.