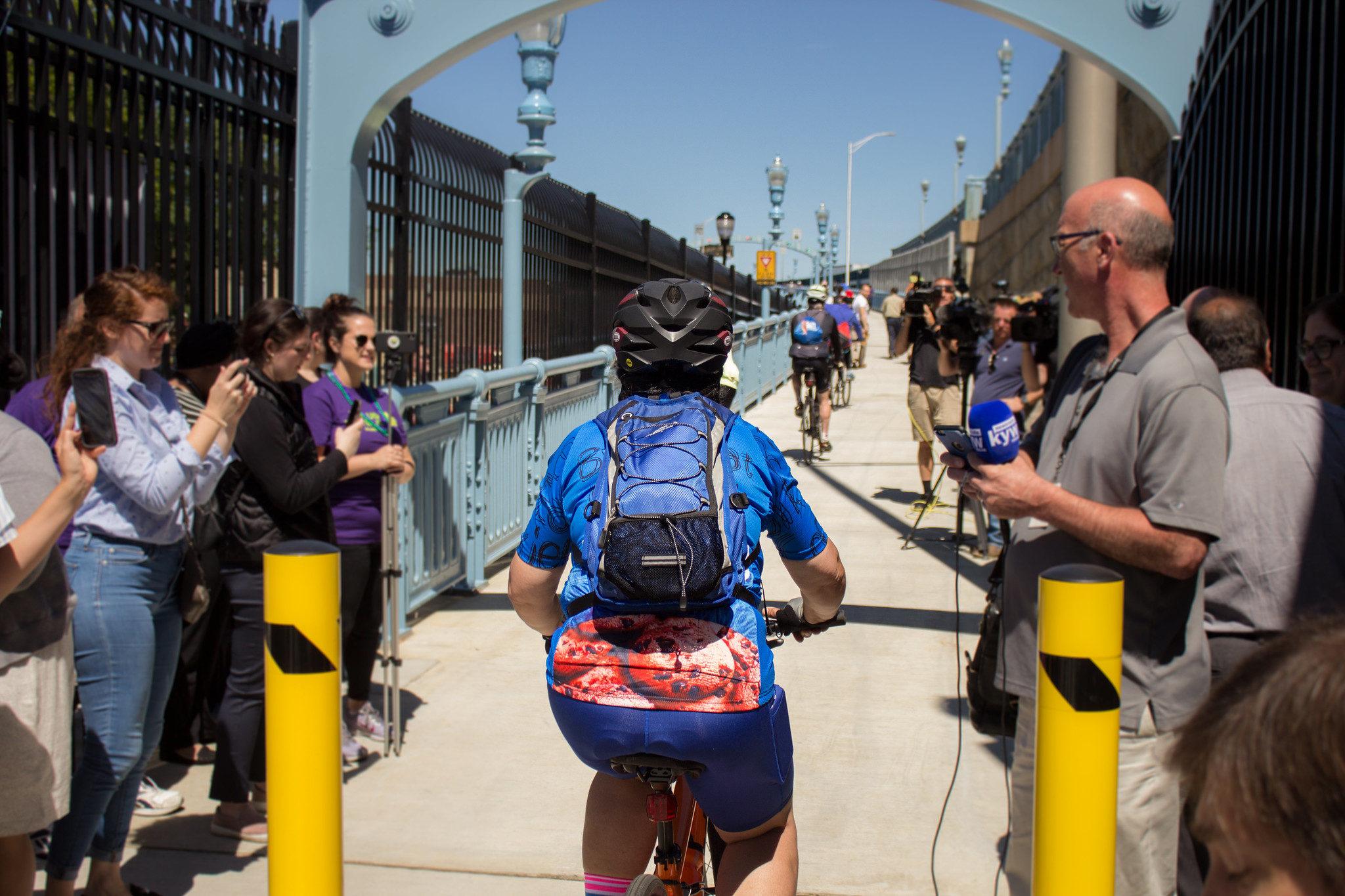 Build it and they will come.

Bicycle and pedestrian traffic has increased significantly on the Ben Franklin Bridge since the DRPA completed the ADA accessible ramp on the Camden side of the bridge.

To measure the impact of the ramp opening, Bicycle Coalition volunteers and staff conducted a 10-hour user count on the north walkway on May 10th, three weeks before the June 4th ribbon cutting; and repeated it on July 10th, to measure the effect, if any, on the usage of this important link. See the graphic below for results.

Before and after counts on the walkway, note the large increase in pedestrian traffic.

The nearly 90 percent increase in pedestrian traffic is particularly impressive, and we believe a large part of the increase is coming from people visiting the Bridge for recreation, from the Camden side. Similarly, the biggest gains in bike traffic during the rush hour periods (8-10 AM and 4-6 PM) were bicyclists traveling from Camden into Philadelphia.

Many thanks to the volunteers who endured the blazing sun to help us with these counts.

We are already beginning discussions to explore the possibility of installing a permanent counter on the bridge, perhaps even a fancy one like this.

In addition, we will continue to advocate for connecting bike facilities and longer hours on the walkway.

Topics: Biking in Philly, Biking the Suburbs, Featured, The Circuit