But when the dust clears in 2020, a new boulevard will be in place. Complete with greenery specially designed to retain water runoff (green infrastructure) and bike lanes.

North American Street is one of three projects included in a federal TIGER grant awarded to the City of Philadelphia in 2015. It should be noted that the TIGER grant is only a small supplement to the final costs of this project.

This project will be going out to bid for construction in August or September. For more details on the project you can find them here.

But I do want to go over what the bike facilities will look like from Girard to Indiana. 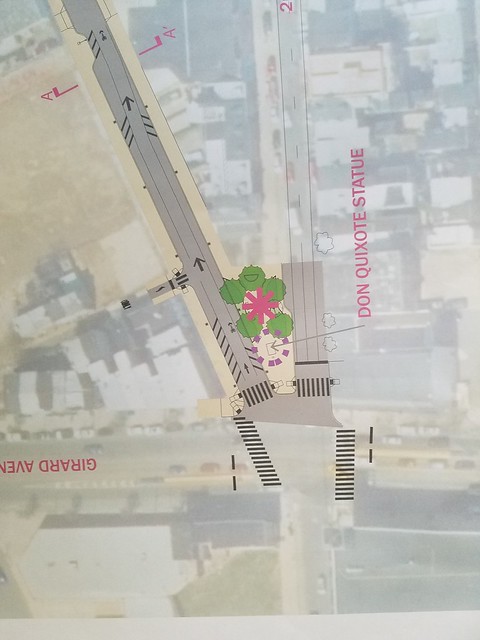 The southern end will feature sharrows and shoulders and become one way northbound for a few hundred feet. The Stiles St cut through between 2nd and American will converted into a plaza. It is assumed that most of the new shoulder area will allow parking although this street currently does not have great parking demand at this time. From just south of Thompson to Master it becomes a two way street with sharrows. 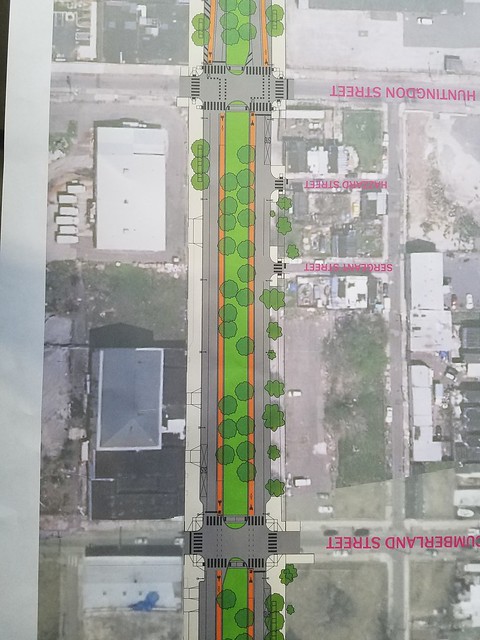 Most of this corridor will feature a raised bike lanes a couple of inches above the roadway surface separated by a mountable curb. At some major intersections such as Berks St the green center median will disappear and the bike lanes will become a painted buffer (similar to Pennsylvania Avenue in Washington, DC). 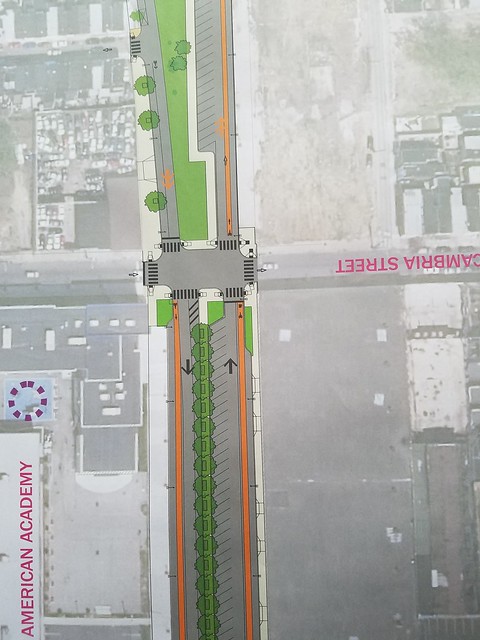 North of Huntingdon will feature standard bike lanes next to parking as well as center median parking (back in angle). The last block between Cambria and Indiana will have a bike lane on the northbound side only. The southbound side north of Cambria has already been narrowed to create a community garden.